I parked my car in a coveted parking space directly in front of Starbucks. I was glad for a short walk since it was cold enough to snow. I locked my door and rushed against the wind toward the tantalizing aroma that wafted out of the double doors.

From the corner of my eye, I caught a glimpse of someone approaching. I walked a bit faster. I had a feeling it was a homeless person who was going to ask me for money. Sure enough, I heard his voice despite the violent wind.

I wanted to just keep walking. I was almost to the doors and warmth and coffee. But my conscience wouldn’t let me ignore him. I turned and faced his strained eyes. Although his look was disheveled, he appeared to be quite young under his overgrown beard. He wore a beanie and a dirty, threadbare coat.

“I don’t mean to scare you,” he said, raising his shaking hands. “Can you help me?”

I’m sure many of you have been in a similar situation. Perhaps you’ve seen a homeless-looking person near a place of business holding a sign. And if you’re like me, you become extremely uncomfortable and maybe even a little afraid. Many of the homeless are on drugs or alcohol, or are mentally ill, right? It seems so much easier, and safer, to just avoid eye contact. To walk on by and pretend we don’t see them. But ignoring them does not make them go away. In fact, Jesus said, “You will always have the poor among you…” (John 12:8).

According to a one-night national survey done last January by the National Alliance to End Homelessness, there are 564,708 homeless people in the United States. That’s more than half a million people living on the streets, in cars, in homeless shelters, or in subsidized transitional housing. Of that number, 206,286 were people in families, 358,422 were individuals, and a quarter of the entire group were children. 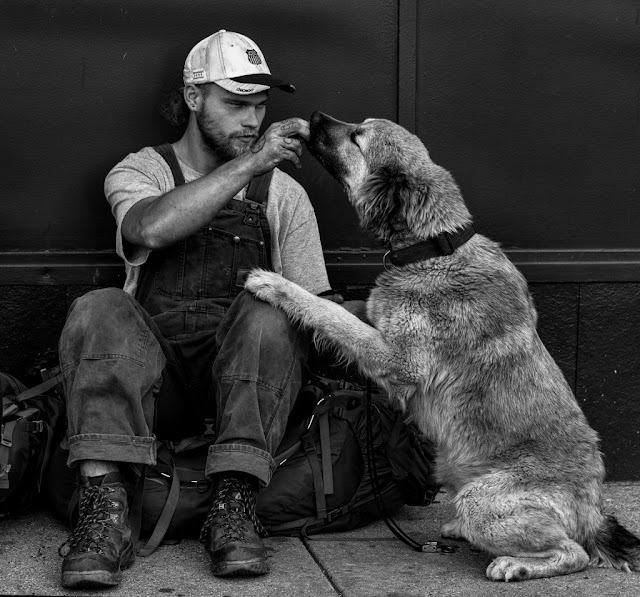 Get the Christian Poets and Writers blog by Email

BLOGS by members of Christian Poets and Writers group on FB

A to Z e-book for creative homes, classrooms & kids of all ages - even adults!

Bible-based poetry of Bible people and you!

All web servers track basic information about their
visitors. This information includes, but is not limited to, IP addresses,
browser details, timestamps and referring pages. None of this information can
personally identify specific visitors to this site. The information is tracked
for routine administration and maintenance purposes, and lets me know what
pages and information are useful and helpful to visitors.

Where necessary, this site uses cookies to store information
about a visitor's preferences and history in order to better serve the visitor
and/or present the visitor with customized content.

Advertising partners and other third parties may also use
cookies, scripts and/or web beacons to track visitors to our site in order to
display advertisements and other useful information. Such tracking is done
directly by the third parties through their own servers and is subject to their
own privacy policies.

Note that you can change your browser settings to disable
cookies if you have privacy concerns. Disabling cookies for all sites is not
recommended as it may interfere with your use of some sites. The best option is
to disable or enable cookies on a per-site basis. Consult your browser
documentation for instructions on how to block cookies and other tracking
mechanisms.

Any advertisements served by Google, Inc., and affiliated
companies may be controlled using cookies. These cookies allow Google to
display ads based on your visits to this site and other sites that use Google
advertising services. Learn how to opt out of Google's cookie usage. As
mentioned above, any tracking done by Google through cookies and other
mechanisms is subject to Google's own privacy policies.

About Google advertising: What is the DoubleClick DART
cookie? The DoubleClick DART cookie is used by Google in the ads served on
publisher websites displaying AdSense for content ads. When users visit an
AdSense publisher’s website and either view or click on an ad, a cookie may be
dropped on that end user’s browser. The data gathered from these cookies will
be used to help AdSense publishers better serve and manage the ads on their
site(s) and across the web. Users may opt out of the use of the DART cookie by
visiting the Google ad and content network privacy policy.